Jim and Donna Johnson were deeply touched when they heard about the Blazer’s Guardian Angels program. All three of their GALT greys traveled to the Rainbow Bridge in 2014 – Jesse and Booker in January, just a week apart, and Alvarae in December.

“We have wonderful memories of our association with GALT and the greyhounds who became part of our life,” wrote Donna and Jim. They adopted Alvarae in 2004, and answered GALT’s pleas for fosters the following year. After fostering and adopting out several other GALT greys, they “foster failed” in 2006 with Jesse, a gentle boy who was a perfect match for his alpha sister. In 2011, Jesse’s litter mate Booker was returned to GALT at age 11 – so Jim and Donna discovered the joy of adopting a Super Senior. After hearing about the Blazer’s Guardian Angel program, they decided to sponsor three greys – George, Jena, and Jeff, in memory of their three Rainbow Bridge angels. They wrote that doing so “is our way of continuing the memory of our happy hounds and honoring the work of many to continue the mission No Grey Turned Away.” 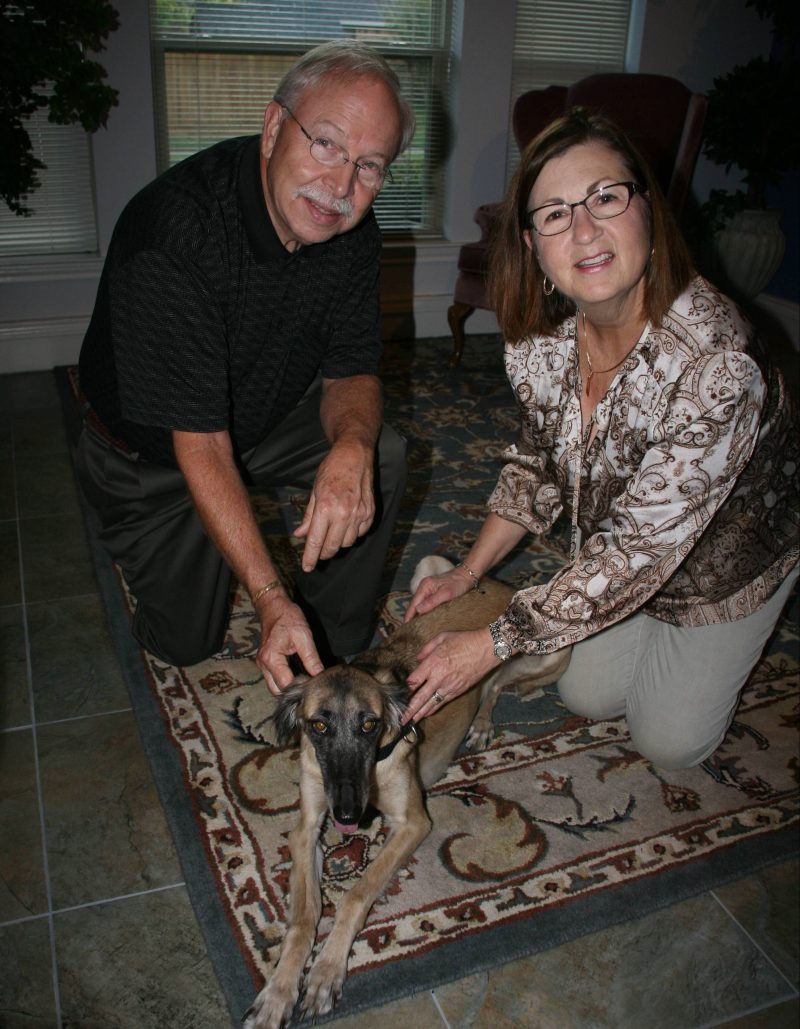 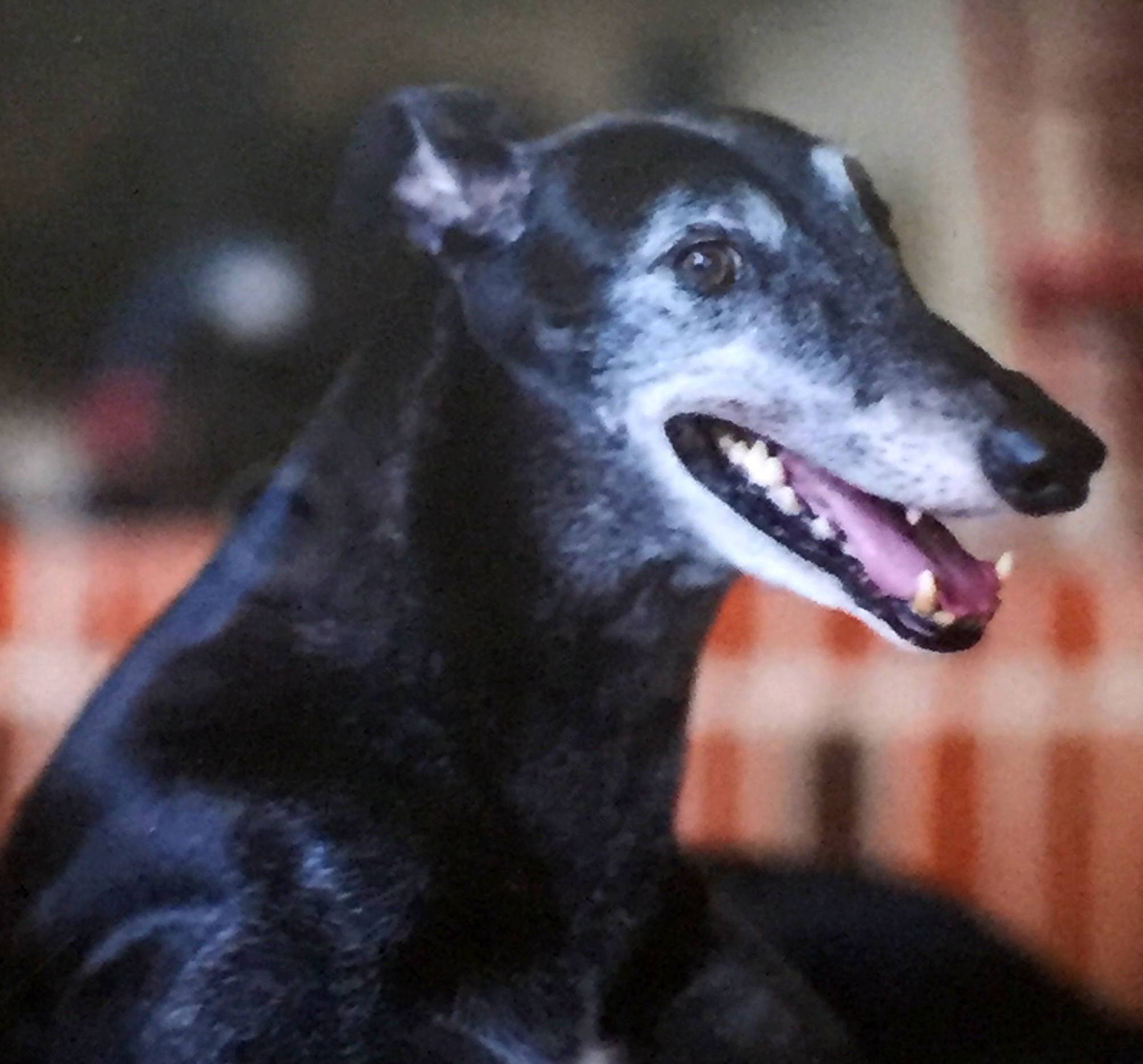 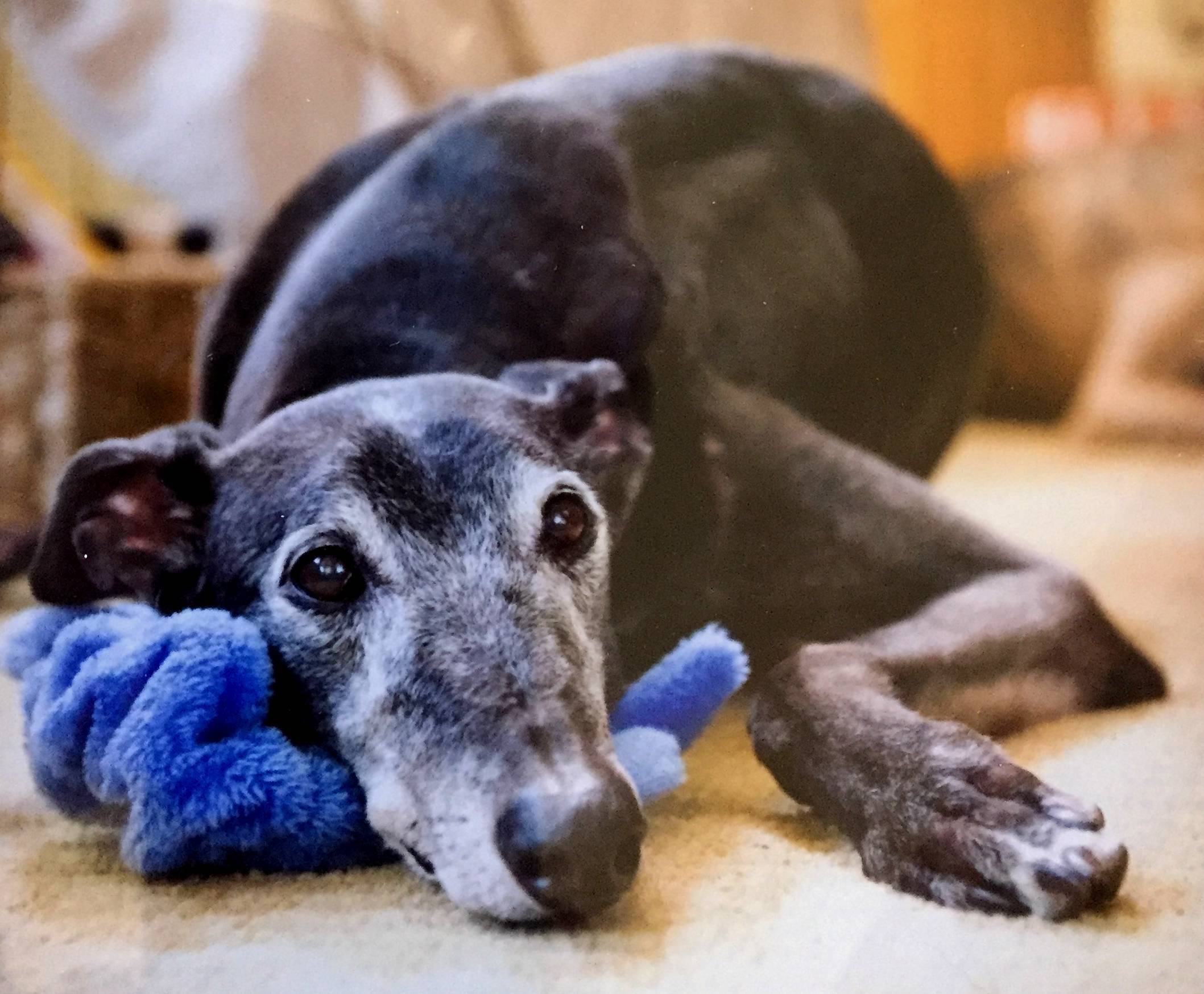 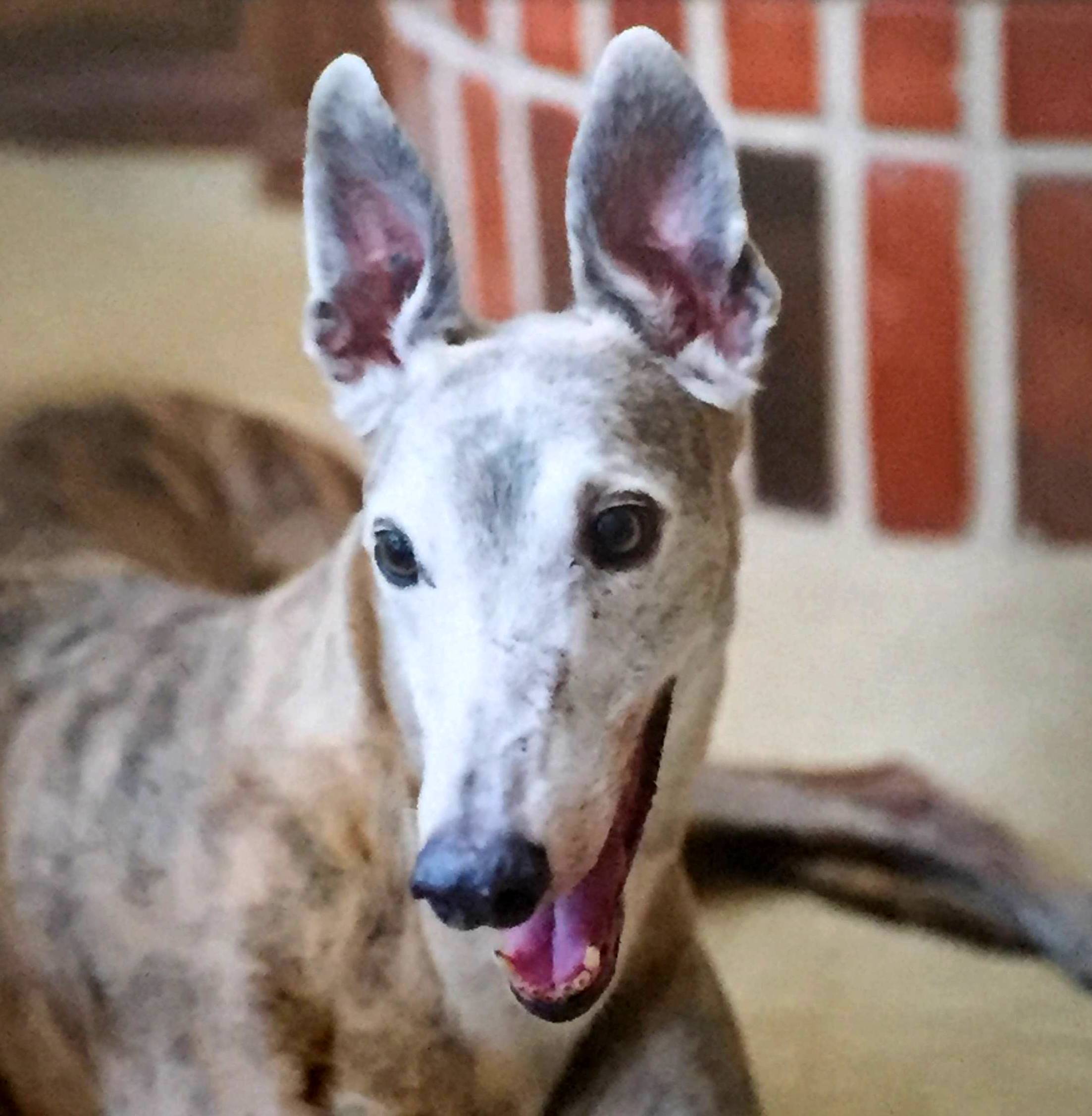 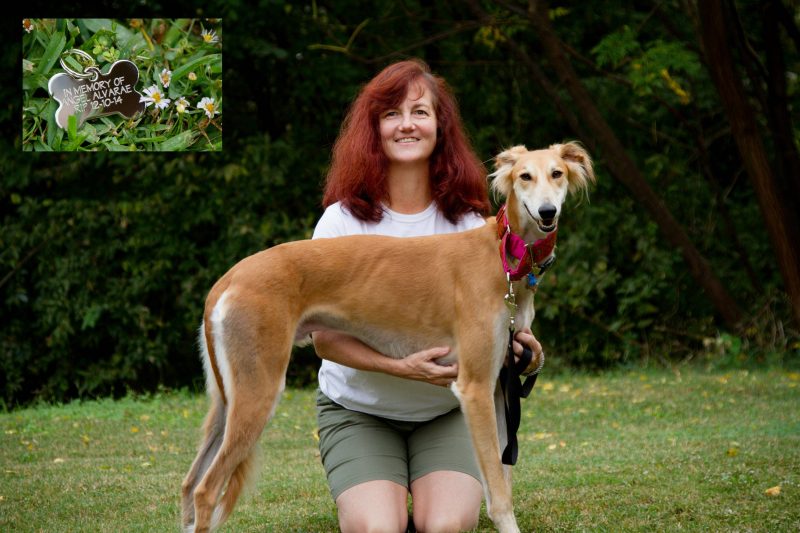 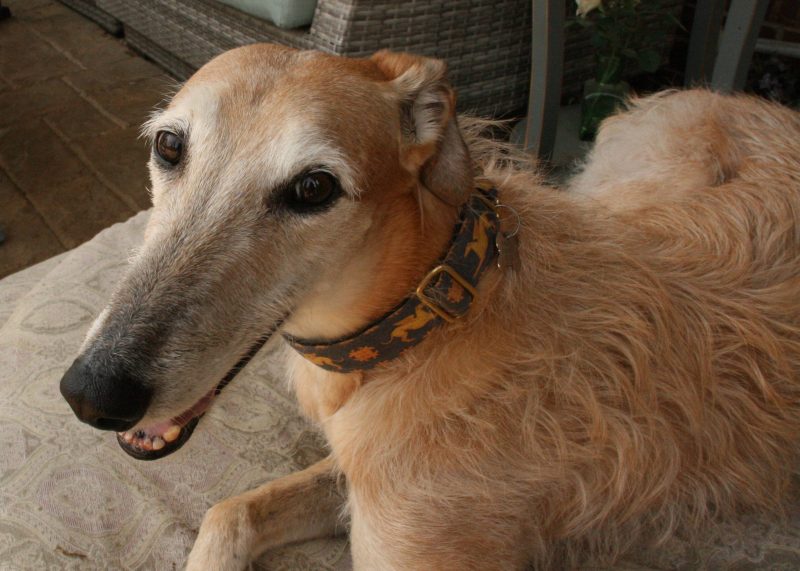